The Golden Girl- and her Golden Retriever: Examining Betty White’s Rumored Estate Plans in the Wake of Her Passing 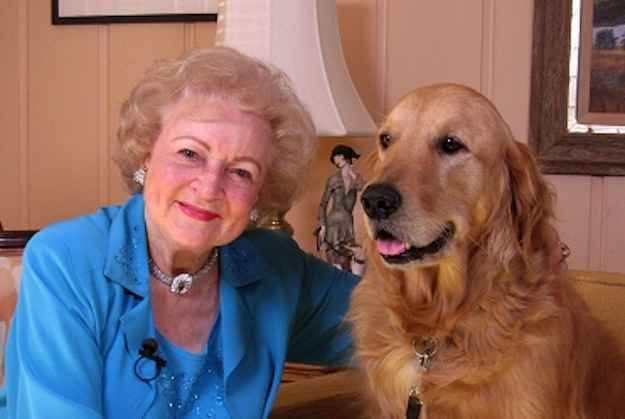 We at Trust Counsel know one thing to be true: with every year comes new surprises. But on December 31st, 2021, America lost one of its best and brightest national treasures: Betty White. Known for her iconic look, her great kindness, and her diverse acting portfolio, from The Lorax to The Proposal to The Golden Girls, Betty White was a veritable icon of the screen. However, the star wasn’t just known for her talent as an actress: she was also widely known for her deep love of animals. And not too long ago, in celebration of what would have been her 100th birthday on January 17th, a large movement began to donate in her name to local animal shelters across the nation. I know what you’re thinking: that’s it? Just some donations? Where’s all the drama so fitting for someone of White’s iconic status? Well, don’t worry, readers, because I’ve got you covered- after all, the Golden Girls won’t be the only ones sitting around with hot tea to spill.

In fact, here’s where the story starts to get interesting: Betty White’s unfortunate passing came just before her 100th birthday and just before 2022, but not before she (allegedly) made some interesting changes to her will. Betty White had a whopping net worth of $75 million dollars, $10 million of which came from real estate, and another $5 million in the form of the luxurious mansion in which Betty White resided. White also left behind 3 stepchildren, which supposedly began asking to be included in her will not long before her passing. Despite having ties to her 3 stepchildren, sources close to White disclosed that she wasn’t very close to them at all, but many still expected some form of money to be handed down to them.

Much to everyone’s surprise (and much to her stepchildren’s great disappointment), Betty White did not choose to give them anything-not a single dime went to her stepchildren. Instead, it is rumored that Betty White’s extremely large estate was handed down to none other than her pets (!), one of which was her Golden Retriever, Pontiac, and many of which she felt closer to than her actual family. In fact, specific instructions for their care, including organic food, a playroom, a special caretaker, and luxury leashes were among the many requirements Betty White allegedly wrote in for her pets to enjoy long after her passing. But wait… it doesn’t just stop there: many also speculate that a large sum of her estate was given to the many animal charities she personally supported, like her fan club, Bet’s Pets, the Morris Animal Foundation, and American Humane.

So, I guess it’s safe to say that those pets are probably living a cushier life than I am right now. And at first, it may seem unfair, or even illogical, to stir up contention with relatives, in favor of lavishing some dogs with what is considered to be a seriously wealthy estate. But, readers, this is where I offer perhaps one of the most important tidbits of truth Trust Counsel can offer: your estate is yours, and yours alone. What you decide to do with it is up to you! Whether you want to make sure your family has money for when you’ve passed, or whether you want your assets to be secured, you can be sure that the estate planning team at Trust Counsel can help your goals come true for whoever you may call family, from blood relatives to mixed families, and even furry friends. The best part is that you don’t need to worry about being in your 90s or having Betty-White-levels of wealth to begin your estate planning journey, because another thing we know at Trust Counsel is that it’s never too early to plan for the future. So, talk to our team today, and feel assured that whatever you’re passionate about can be protected against anything tomorrow may bring.