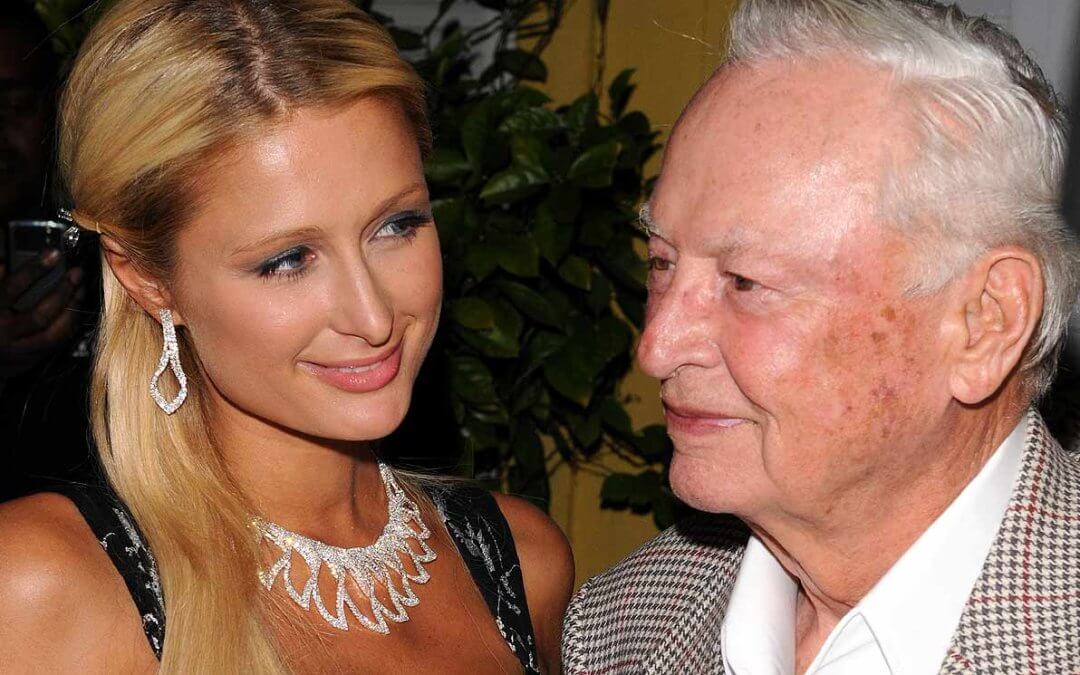 The early 2000s may be over, but the glossy, glittery, pink power of some of its most iconic figures is back in full swing. With velour track suits back in style and Britney free again, it seems as if we’ve gone back in time…but the transition wouldn’t be complete without one of the most iconic figures of y2k wealth: Paris Hilton, who recently got married to her partner of 2 years, Carter Reum. But while this hotel heiress may have settled down, the dust still hasn’t settled on the drama that inevitably follows the Hilton family around, as Paris’ nuptials call to mind the money her grandfather left for the family (or the lack thereof).

It all started in 1919, when Barron’s father, Conrad, started what would become the first Hilton hotel. With the big boom of the oil industry bringing tenants, Conrad’s business soon grew, and by 1925, he built the Dallas Hilton hotel, and added five more hotels within 5 years. So, by the time Barron Hilton became an adult, his father had a generous amount of money in his estate, which was divided among his relatives and his namesake, the Conrad N. Hilton Foundation. The unfortunate thing is, Barron Hilton wasn’t given any money, causing him to contest his father’s will! This left him with four million shares of his father’s company- enough to keep the business running strong when he took over as president in 1966. But what had been the business venture of Barron’s dreams was soon threatened by his worst nightmare: scandal, in the form of two blonde bombshells: Paris and Nicky Hilton, Barron’s granddaughters.

Paris and Nicky’s often lewd or scandalous behavior gave them bona fide icon status, as the world waited for their next DUI, outburst, or reality show episode. While it may have kept them as a hot tabloid topic, it wasn’t enough to keep them in good standing with their grandfather, who became worried about how their behavior would cause people to perceive the family name. So, on the Christmas of 2007, Barron Hilton made an important announcement: instead of giving a gift, he’d be taking back a promise. Instead of leaving all $4.5 billion in his estate to his family, he would leave 97% of it to his father’s charity foundation. This meant that instead of $181 million for each of the 24 Hiltons, each of them would only get $5.6 million. And that’s not all. It’s rumored that Paris in particular was entirely cut off from Barron’s will and got no money from him when he passed in 2019.

Of course, Paris is still very well off financially, with a net worth of about $300 million and a husband with $30-45 million to his name. Nicky’s also doing well, by the way, with a net worth $40 million dollars. Despite this, one cannot deny how much wealthier they’d be had they received the rest of their original inheritance. Whether Barron was harsh in his actions or not, his decision to leave Paris out of his will likely prevented a slew of rich-people shenanigans from being unleashed on New York nightclubs, and might have just helped the Hilton family name get some much-needed distance from its resident wild child.

While the woes of the incredibly wealthy may not be ours, we can still take a lesson from the Hiltons: sometimes, taking money away from someone is the best thing you can do for them. At Trust Counsel, we understand that your estate is exactly that: yours! We can help you plan exactly what goes where, and to who, so that you can feel safe knowing that your legacy is insured, and that your family members are taken care of (and in some rare occasions, kept in check). Call and set up an appointment with Trust Counsel today, where you can be sure that your best interest is our priority.