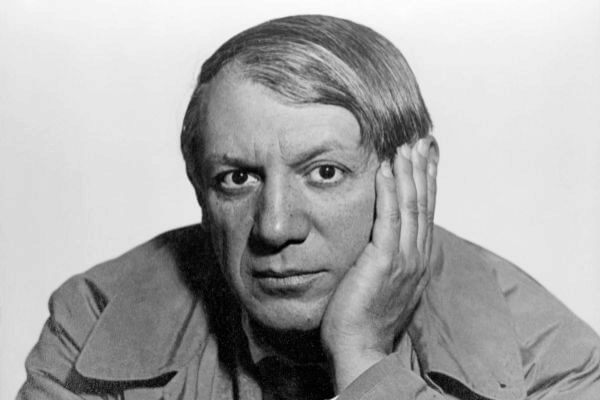 This month marks the 140th birthday of Pablo Picasso, a legendary artist with about 45,000 works attributed to his name, not to mention his millions of dollars in cash, gold, bonds, and stocks. Years of family drama have ensued after his death. Why, you ask? Because, even with millions and millions of dollars in his estate, not even a single Will was ever created to detail what goes where, and to whom.

In a divine family tragedy of artistic proportions, Pablo Picasso left no will to designate what ought to be done with his property: a big mistake, considering that he had 4 separate children with 3 different women, 2 wives, several mistresses, and enough artwork to fill the Empire State Building (literally…it took 7 years just to catalogue all of his work). What resulted was perhaps the greatest and most expensive courtroom family drama, with 50 people working to settle and value his estate, which led to 6 years of bitter legal disputes and $30 million dollars of his estate being lost to legal fees alone! In spite of this, issues have continued to arise regarding the ownership and distribution of his name, image, and artworks, with the government of France claiming thousands of his works as state property to pay off the taxes on his estate. This was all done without regarding the wishes of his large and complicated family, something estate lawyers know all too well, and which the team at Trust Counsel works hard to avoid.

Although several efforts have been made by Claude Picasso, one of Picasso’s sons, to manage and authenticate the works distributed under his name, including the creation of the Picasso Administration in the 90s, they have not gone without fail. There are still reports of delayed authentications, differing opinions between siblings about which works are authentic and which are forgeries, and confusing sales of works to more than 1 customer at a time, resulting in costly refunds and even more infighting among the artists’ family members.

After years of what seemed to be a near-peaceful stalemate between the five living, albeit, quite unofficial, heirs of Picasso’s estate, chaos was bound to strike. And so, it did, when Marina Ruiz-Picasso decided to sell several of her grandfather’s works at the 2020 Sotheby’s Auction. She is often regarded as the only legitimate heir of Picasso’s estate, despite the fact that many of his properties belong to his other, illegitimate children, with Paloma Picasso being the richest of them. This has led to a new bout of disputes as to Picasso’s highly valued estate, since a singular clear and legitimate manager of his estate has yet to be identified. This proves to be a devastating obstacle for the art world, considering that Picasso is the most exhibited, reproduced, stolen, and forged artist of all time.

All of this goes to show the numerous consequences that can arise as a result of failing to make a will for one’s relatives and loved ones. You may not be a billionaire, or a famous Cubist painter from Spain, but you might have a complex family structure and important property, both physical and intellectual, that you wish to be protected long after your lifetime. Thus, it is important to ensure that whatever your family portrait looks like, it can be one whose future you are properly planning for. Call us today to set up your own meeting and start planning what your estate will look like.