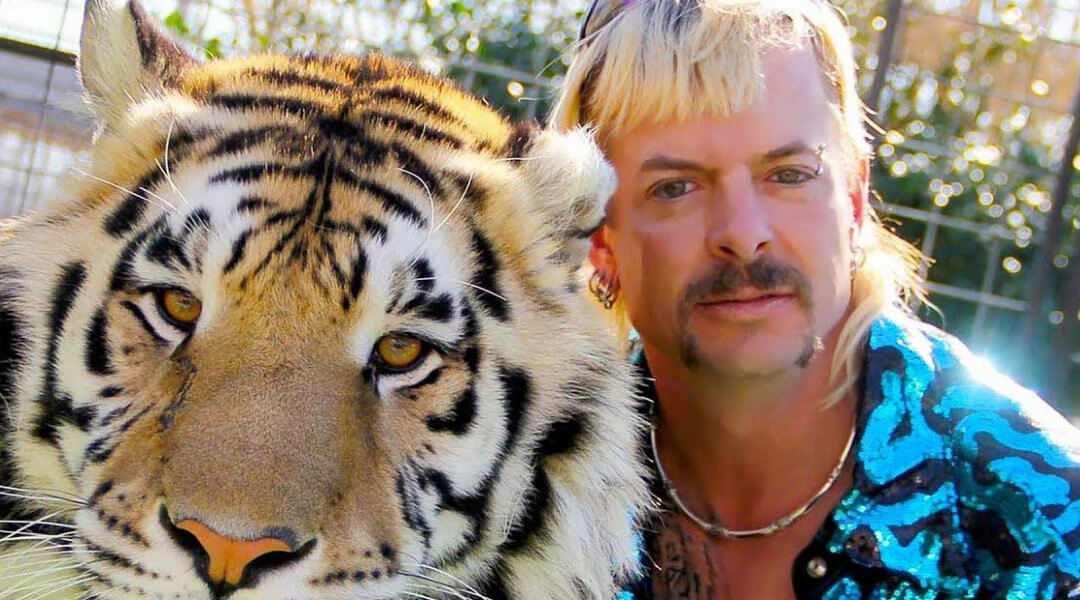 Anyone who has seen the hit Netflix documentary Tiger King: Murder, Mayhem, and Madness can attest that it’s one of the most outlandish stories to come out in a year full of outlandish stories. And while Tiger King’s sordid tale of big cats, murder-for-hire, polygamy, and a missing millionaire may seem too outrageous to have any relevance to your own life, the series actually sheds light on a number of critical estate planning issues that are pertinent for practically everyone.

Over seven episodes, Tiger King provides several shocking, real-life examples of how estate planning can go horribly wrong if it’s undertaken without trusted legal guidance. In this series of articles, we’ll discuss some of the worst planning mistakes made by key people in the documentary, while offering lessons for how such disasters could have been avoided with proper planning. While the documentary’s dark, twisted plot is far too complicated to fully summarize, it focuses primarily on the bitter rivalry between Joe Exotic and Carole Baskin, who are both owners and breeders of big cats. Joe, the self-professed “Tiger King,” whose real name is Joseph Maldonado-Passage, runs a roadside zoo in Oklahoma filled with more than a hundred tigers, lions, and other assorted animals.

Carole is the owner of Big Cat Rescue, a Florida-based sanctuary for big cats rescued from captivity. As an avid animal rights activist, Carole goes on a public crusade against Joe, seeking to have his zoo shut down, claiming that he exploits, abuses, and kills the animals under his care.

In retaliation, Joe launches an extensive media campaign of his own against Carole, in which he accuses her of murdering her late husband, millionaire Don Lewis, and feeding his remains to her tigers. The feud between Joe and Carole goes on for decades, and it ultimately peaks after Carole wins a million-dollar trademark infringement lawsuit against Joe.

The legal fees and impending judgment from the lawsuit nearly bankrupt Joe, eventually pushing him to hire someone to kill Carole. However, instead of killing Carole, the individual Joe hires goes to the FBI and informs them of Joe’s murderous plot. Joe is ultimately arrested for hiring a hitman to kill Carole, along with multiple animal abuse charges, and he’s sentenced to 22 years in federal prison.

Although the clash between Joe and Carole takes center stage and exposes key estate planning concerns related to business ownership and asset protection (which we’ll cover a little later) the most egregious planning errors are made by Carol’s late husband Don Lewis. In fact, the full extent of duplicity and damage related to these mistakes isn’t even uncovered by the documentary, and have only recently come to light following renewed public interest in the case sparked by the show.

What’s more, since the fallout from Don’s poor planning has tragic results not just for him, but for the very loved ones he was seeking to protect with his estate plan, we’ll discuss Don’s planning mishaps first.

Missing millionaire
Don, a fellow big-cat enthusiast who helped Baskin start Big Cat Rescue, mysteriously disappeared in 1997 and hasn’t been seen since. After having him declared legally dead in 2002, Carole produced a copy of Don’s will that left her nearly his entire estate—estimated to be worth $6 million—while leaving his daughters from a previous marriage with just 10% of his assets.

Carole was not only listed as Don’s executor in the will she presented, but she also produced a document in which Don granted her power of attorney. However, the planning documents Carole produced were deemed suspicious by multiple people who were close to Don for a number of reasons.

Don’s daughters and his first wife claim that Don and Carole were having serious marital problems before he disappeared, and that Don was planning to divorce Carole. As evidence of this, we learn that Don sought a restraining order against Carole just two months before he vanished, in which he alleges Carole threatened to kill him. A judge denied the restraining order, saying there was “no immediate threat of violence.” Don’s daughters also claim that around the time the restraining order was filed, their father created a will that left the vast majority of his estate to them, and he did so in order to minimize any claims Carole might have to his property should he pass away. Additionally, Don’s administrative assistant, Anne McQueen, said that before he disappeared, Don gave her an envelope containing his new will and a power of attorney document, in which he named Anne as his executor and power of attorney agent, not Carole.

Anne said Don told her to take the envelope to the police if anything should happen to him. According to Anne, the envelope with Don’s planning documents was kept in a lock box in Don’s office, but she claims Carole broke into the office and took the documents 10 days after he disappeared. At the time, Anne was being interviewed by detectives when she received a call from the alarm company, letting her know that the alarm in Don’s office had been triggered.

When police arrived, they found Carole removing files from the trailer that served as Lewis’ office. She was being helped by her father and Don’s handyman. The handyman had cut the locks, and according to Anne, this was because Carole didn’t have a key. Later that day, Carole had the entire trailer hauled to the grounds of the big cat sanctuary.

Anne told detectives that Carole removed the trailer and its contents in order to destroy his planning documents stored in the lockbox. From there, Anne believes Carole forged the will and power of attorney she ultimately presented to the court.

Carole vehemently denied all of these claims. In an interview with the Tampa Bay Times, Carole said she moved the office trailer because her father claimed he saw Anne removing files from it a day earlier. She also insisted she never threatened Don’s life, and that he disappeared on one of his many trips to Costa Rica. She further claims that Don sought to disinherit his children in his will, and it was only at Carole’s suggestion that Don left them anything at all.

Although law enforcement investigated Don’s disappearance from Tampa to Costa Rica, Hillsborough County Sheriff Chad Chronister said the investigation failed to uncover any physical evidence, only a conflicting series of stories and dead ends. In light of this, Don’s estate passed through probate in 2002, and his assets were distributed according to the terms of the will Carole presented, leaving Carole with the bulk of his $6-million estate, and leaving Don’s daughters with just a small fraction of his assets.

While there’s more to the story surrounding Don’s planning documents and Carole’s suspicious actions, let’s first look at the planning mistakes Don made and how they could have been easily prevented. Lesson 1: Always work with an experienced estate planning lawyer when creating or updating your planning documents, especially if you have a blended family.
If Don’s children and assistant are correct in their claim that Don created a will that left his daughters the bulk of his estate and disinherited Carole, it appears he did so without the assistance of an attorney. This was his first big mistake.

There are numerous do-it-yourself (DIY) estate planning websites that allow you to create various planning documents within a matter of minutes for relatively little expense. Yet, as we can see here, when you use DIY estate planning instead of the services of a trusted advisor guiding you and your family, the documents can easily disappear or be changed without anyone who can testify to what you really wanted. In the end—and when it’s too late—taking the DIY route can cost your family far more than not creating any plan at all.

Even if you think your particular planning situation is simple, that turns out to almost never be the case. As we covered in a previous article, there are a number of complications inherent to DIY estate plans that can cause them to be ruled invalid by a court, while also creating unnecessary conflict and expense for the very people you are trying to protect with your plan.

And while it’s always a good idea to have a lawyer help you create your planning documents; this is exponentially true when you have a blended family like Don’s. If you are in a second (or more) marriage, with children from a prior marriage, there’s an inherent risk of dispute because your children and spouse often have conflicting interests, particularly if there’s significant wealth at stake.

The risk for conflict is significantly increased if you are seeking to disinherit or favor one part of your family over another, as Don was claimed to have done with Carole. In fact, Florida law prevents one spouse from completely disinheriting the other in their estate plan, so unless Don was aware of this fact when he cut Carole out of his will, she would still be entitled to one-third of his assets upon his death, no matter what his will stipulated.

By creating your own plan, even with the help of a DIY service, you won’t be able to consider and plan ahead to avoid all the potential legal and family conflicts that could arise. As your Personal Family Lawyer®, however, we are not only specially trained to predict and prevent such conflicts, but our unique planning process can actually help create connections among your loved ones and bring your family closer together. In fact, this is our special sauce.

Finally, as we saw with Don, if your loved ones can’t find your planning documents—whether because they were misplaced or stolen—it’s as if they never existed in the first place. Yet, if Don had enlisted the support of an experienced planning professional like us, his documents would have been safeguarded from being lost, stolen, or destroyed.

When we create or update a plan for our clients, it’s standard practice to not only keep current copies in our office, but we also ensure that everyone affected by the plan is provided with the latest updated copies, and any older versions are discarded. Moreover, we ensure all beneficiaries of your plan know exactly what to do in the event of our client’s death, so your family can immediately put the necessary legal actions in motion to properly manage your estate.

If you’ve yet to create a plan, have DIY documents you aren’t sure about, or have a plan created with another lawyer’s help that hasn’t been reviewed in more than a year, meet with us as your Personal Family Lawyer®. We can ensure that your plan will remain safe and work exactly as intended if something should happen to you.

Next week, we’ll continue with part two in this series on the estate planning lessons you can learn from the Netflix documentary Tiger King.

This article is a service of Leslie V. Marenco, Personal Family Lawyer®. We don’t just draft documents; we ensure you make informed and empowered decisions about life and death, for yourself and the people you love.  That’s why we offer a Family Wealth Planning Session,™ during which you will get more financially organized than you’ve ever been before, and make all the best choices for the people you love. You can begin by calling our office today to schedule a Family Wealth Planning Session.