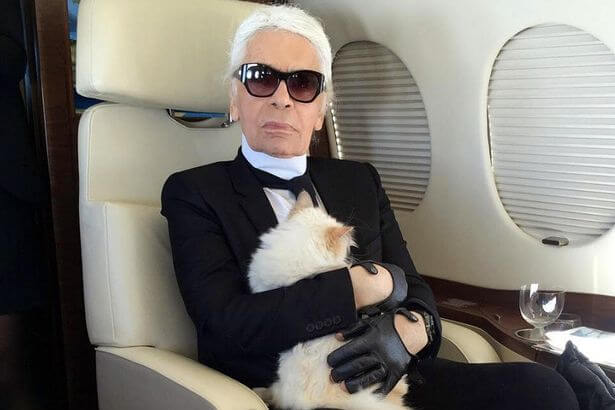 When Chanel’s creative director Karl Lagerfeld passed away in 2019, rumors went wild about who would inherit his $270 million estate. Many of those rumors claimed that he wanted his Birman cat, Choupette, to get it all.

A year later, we’re still waiting to get the details of who exactly will share Lagerfeld’s sizeable fortune as Karl’s private Will remains under lock and key in Monaco and his chosen executor is nowhere to be found!  One thing we do know, is that Choupette is named as a beneficiary in Lagerfeld’s Will.   Choupette, who has nearly 300,000 followers on Instagram, can’t directly inherit Lagerfeld’s money but there are various ways to set up an estate plan to provide for an animal’s care.

Choupette is not the only one. While the details are still forthcoming, there are as many as seven individuals set to inherit some portion of Lagerfeld’s estate, including Karl’s 18th century nine-bedroom apartment on the Left Bank in Paris is brimming with beds once used by Marie-Antoinette, Louis XV rugs and Meissen porcelain, a house in Vermount, in Biarritz, and a £25million apartment in Monaco with panoramic views.

But apparently, Lagerfeld’s accountant, Lucien Frydlender, was given the job of distributing Lagerfeld’s estate after his death. But in 2019, Frydlender closed his office and now no one seems to be able to get in touch with him. His wife, however, insisted to the press that her husband hasn’t run off with Lagerfeld’s “secret treasure” and says he’s just “too sick” to deal with the will. Delays are occurring because no one knows how much Karl’s real fortune sum totals to, and the French tax authority agents are also said to be looking into Karl’s financial arrangements.

That doesn’t bode well for Lagerfeld’s heirs, including Choupette. All of the beneficiaries have struggled to gain access to Lagerfeld’s assets, a struggle clearly exacerbated by the mystery of Frydlender’s silence. While Lagerfeld might have considered his accountant reliable, his behavior certainly doesn’t show it. Rather, the longer Frydlender dodges his responsibilities to Lagerfeld’s heirs, the more it highlights how important it is to choose the right executor for your own estate.

Will Choupette the cat ever get her share of the estate? Most likely, but when that might be and how much she will inherit is still very much in question. In the meantime, Choupette is reportedly living happily in Paris under the watchful eye of her many concerned fans.

Perhaps Anna Wintour summed it up best when she said, “I have often thought that in my next life, I would like to come back as Choupette, [Karl’s] extremely beautiful and bourgeois cat, who has two maids, a chef, a personal hairdresser, and many diamond necklaces.”