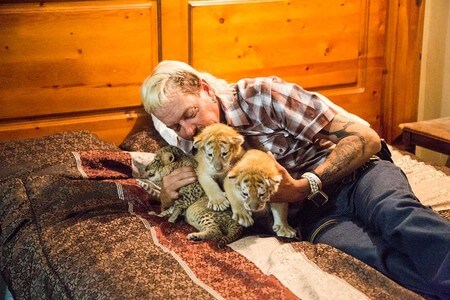 The world has gone wild for the Netflix series Tiger King: Murder, Mayhem, and Madness. And for good reason: the show has an eccentric zoo owner named Joe Exotic, animal activist Carole Baskin, tigers, murderous plots, mystery disappearances, and more. In fact, the mysterious disappearance of Carole’s husband Don Lewis – and what becomes of his estate worth millions – is one of the most intriguing aspects of the plot. As the story unfolds, it becomes clear that poor Don and even Joe Exotic himself really should have spent more time on their estate planning. But their mistakes do provide us with two timely lessons about getting your affairs in order. And getting them in order today. You just never know what might happen! 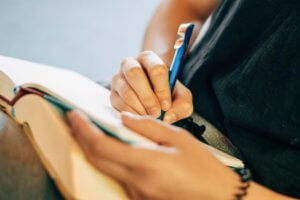 First lesson: Make sure your lawyer has the latest version of your estate documents, and that this copy is not your only copy.

Unhappy marriages make good TV, but they are also an all-too-common part of real life. Bitter spouses can wreak all sorts of havoc on your final wishes, especially if there is any doubt about your Will or other estate documents. This was Don’s mistake. Before his disappearance, he was apparently worth millions but unhappily married to Carole. Don goes missing, and a few years later he is pronounced dead. At this point, Carole inherits just about everything, while Don’s first wife and daughters wind up with roughly 10% of his estate. The most suspicious part of all this is that Carole was reportedly seen removing Don’s updated estate documents from a lock box in his office, copies of documents that were never seen again. At the time of his disappearance, Don was getting ready to leave Carole, and she knew it. He had even updated his Will to exclude her. But the will that Carole submitted to the court was an older Will that gave her nearly everything.

Although Don seems to have taken steps to update his estate documents, he really should have sent a copy to his lawyer and other trusted individuals for safekeeping. He also should have destroyed all older versions of his Will. Those mistakes cost his daughters a huge inheritance and gave millions to a woman who may or may not be responsible for his disappearance in the first place.

Lesson two: Never sign your property over to someone else unless it is part of a sale.

In Tiger King, Joe Exotic at one point transfers his property to a man named Jeff Lowe in order to keep the property safe from liability. Apparently, Joe has a history of running afoul of the law, which is why he eventually winds up in federal prison. Because he transferred his property, no strings attached, to Jeff, Jeff now has sole ownership of the property and can do whatever he wants with it. Joe, on the other hand, insists that Jeff stole the property from him, but unless he has any proof of that Joe has probably lost ownership of his property for good. 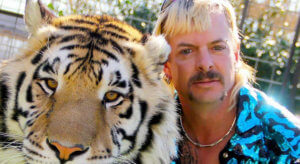 Transfers of property like this one often happen when children or other family members try to avoid protect an elderly person’s home from Medicaid or nursing home liens. But doing so can sometimes just trade one set of problems for another. Instead, people who want to protect their property from taxes and so on should move it into the right kind of trust. It accomplishes the same end goal but without losing control of the property or motivating them to try and take it away from you altogether.

Whether you currently have an estate plan or not, now is the time to contact a trusted estate law expert and establish or update your estate documents, move some property into a trust, or set up other estate protections. As the strange-but-true stories found in Tiger King have shown us, you never know what might happen and when. So it’s best to always be prepared!