We Still Call it the “Joe Robbie” Stadium! 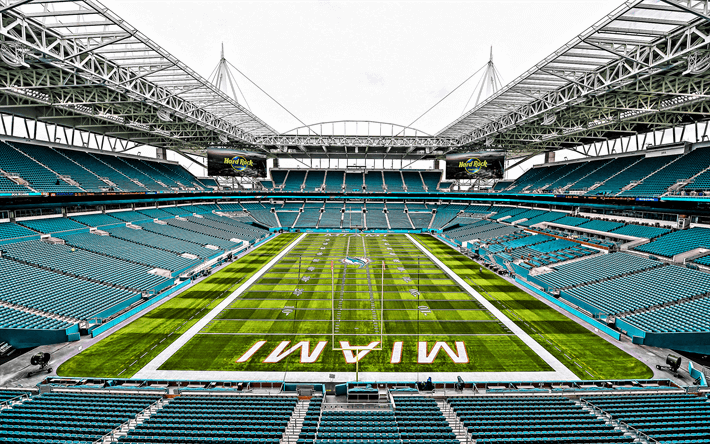 Most of us watched the Super Bowl this weekend, which was played at the Hard Rock Stadium but if you have lived in Miami since the 90’s you probably still call that venue The Joe Robbie Stadium.

When the stadium went up in the late ‘80s, it was named after the founder and initial owner of the Dolphins.  But sometimes families (even ultra-wealthy ones) end up dumping their businesses to cover the estate tax bill. 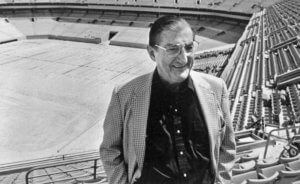 stadium. The Dolphins were a family business that he had created in 1966 as an AFL

expansion team. He clearly intended the business to remain in the family.  Joseph Robbie didn’t ignore estate planning altogether, as so many do. He had an estate plan with a pour-over will and a revocable inter vivos trust. This plan, however, is more suitable for the average middle class Joe (pun intended), instead of a multi-millionaire!  This meant that everything in his estate would go into the trust at the time of his death and provide his wife, Elizabeth, with income for the rest of her life and then to the named beneficiaries.  The problem was that his assets largely consisted of the Miami Dolphins football team and Joe Robbie Stadium-illiquid assets that did not provide sufficient income for Elizabeth for the nearly two years she survived her husband, as evidenced by the fact that she filed a petition to opt for an “elective share” of her husband’s estate in March, 1991.

Elizabeth Robbie really dropped a bombshell no one saw coming.   Rather than leave her interests in the control of the trustees, Elizabeth elected to seek the 30% of her husband’s $70 million estate due her under Florida law (this is called the “elective share”).  In September 1991, the trustees asked for a delay in providing her share. Their main concern: The trust was set up to defer estate taxes until Elizabeth Robbie’s death. If her request was granted and she ceased to receive the trust’s income, then an excess of $25 million in estate taxes plus interest would be due and payable and that could mean selling part of the Dolphins.

There was unfortunately not enough cash to pay the estate tax bill, so the only solution was to sell the Dolphins and the stadium at fire sale prices not to mention, because of the family feuds after Joe Robbie’s death, his wife essentially disinherited 4 of her 9 surviving children. Those continuing family fights and an estate tax liability eventually caused the estates to sell their ownership in the Dolphins and the stadium in 1994 for $109 million with $43 million immediately going to pay estate taxes.

Fifteen years later, the team and stadium were sold for $1.0 billion!

The dilemma created tremendous bitterness and resentment within the family and effectively destroyed everything Robbie had spent his life working for.  All of this could have been avoided with a different estate planning strategy that included some more complicated trust structures and maybe some life insurance. If Joe Robbie had established a life insurance trust and bought enough insurance to pay the estate taxes, the family would not have been forced to sell the team and the stadium and maybe we would still be calling it “Joe Robbie Stadium” to this day…