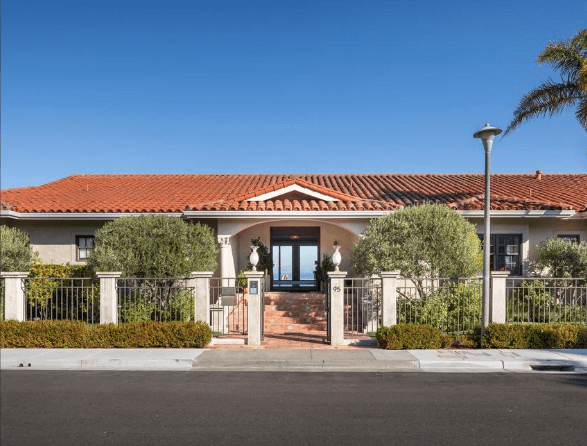 More than five years have passed since the death of Robin Williams. He was very successful and loved, and his films will be remembered by many. But sadly, we’ll also remember that following his death, his widow Susan Schneider-Williams and his three children became engaged in a contentious legal dispute over his estate valued at around $50 million USD. We revisit Robin Williams’s case because it illustrates that even the best and well-structured estate plans can sometimes present problems when the disposition of the personal property is not carefully handled.

The issue centers on the vocabulary in the Robin Williams Trust, which the famous actor amended in early 2012 after he and Susan were married. The trust stated that Susan could reside in the couple’s home in Tiburon, California, while the larger Napa Valley estate and its contents were for his children. This means, that according to the terms of the trust, Susan was going to be able to reside in the Tiburon home for the rest of her life. Those in charge of the trust -Robin Williams’ estate planning attorney and an accountant- had to establish a fund to pay all of the expenses of the residence for Susan’s benefit. Susan also was entitled to receive the furniture, furnishings, and some of the contents of the Tiburon house.

Williams’s trust also described what he wanted to pass on to his three children, which included all of his “clothing, jewelry and personal photos taken prior to his marriage to Susan” as well as Robin’s “memorabilia and awards from the entertainment industry.” It also gave his children the “tangible personal property located” in the Napa Valley estate.

The trust gave the rest of the contents of the Tiburon house to Susan, specifically excluding the items gifted to his children under the trust. However, since the meaning of certain terms under the trust, such as “memorabilia,” “collectibles,” and “knick-knacks,” were not clearly defined, Susan filed a claim in Court to get clarifications as to the unclear terms and presented several arguments. First, she contended that the word “memorabilia” should be read to include only “specific items of tangible personal property as it relates to Robin Williams’s acting career.” Susan felt that the term “jewelry” should exclude his collection of watches and that the contents of the Tiburon home should include items that were not actually located in the home but located in storage elsewhere. She also asked the Court to determine how to value the fund that will be created to pay for the expenses of the Tiburon home. In addition, Susan included a request that the Court interpreted the list of assets going to his children to exclude all items in the Tiburon house.

On the surface, it seemed a simple matter. The kids ultimately would get Robin Williams’ fortune, and the stepmom would get only the items located at the Tiburon’s real estate. However, the estate planning documents included enough vague points to generate friction and urged Susan to petition for clarity. For instance, Susan wanted the trustee to pay $30,000 USD for renovations. So, did upgrades and repairs count under the category of “all costs related to the residence?”

Part of Robin Williams’ assets were a world-class collection of esoteric and sometimes surprisingly expensive stuff: army men, scientific oddities, comic books. As a result, it was not just a question of who has a more profound attachment to a particular toy but whether the cumulative weight of the “attachments” ended up shifting the overall balance of inheritance. Maybe Williams actually wanted the kids to have the stuff left in the Tiburon house when he died. Either way, the time to spell it out was when he was still alive to sign the trust documents. Likewise, “all costs related to the residence” or “memorabilia” doesn’t cut it. It’s just too vague when this much money is at stake.

The dispute ended up with a settlement, but not after some messy publicity. Without a doubt, a result that Robin Williams was trying to avoid by doing his estate planning.

So, when making disposition of personal property, make sure that your advisors utilize clear definitions, create a personal property list where you specify who gets what, be specific in your will or trust as to categories of items, and where you want those items to go. Protect your assets and your loved ones from court battles with a quality estate plan.