Leona Helmsley and Her Millionaire Dog? 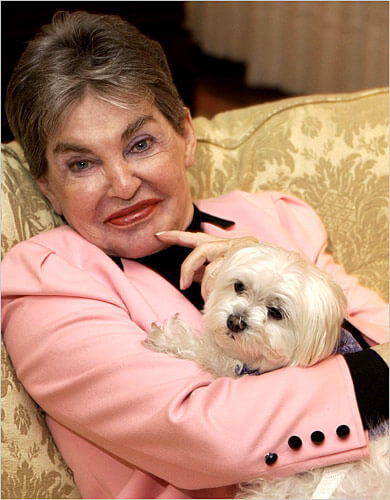 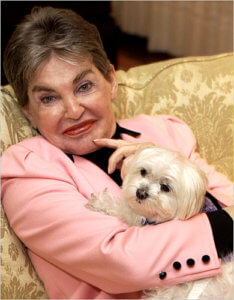 When Leona Helmsley died, she left her pet Maltese, named Trouble, a trust fund valued at $12 million dollars. That made Trouble the third wealthiest dog in the world at the time (the top spot goes to Gunther III, Countess Karlotta Libenstein’s German Shepherd, who inherited $106 million in 1992). Stories like these may well have us wondering what kind of person would leave millions and millions to their pet. In this case, the answer is: a complicated one! Real estate tycoon, hotel owner, and billionaire, Helmsley’s long and crooked life led inevitably to spending her final days with only Trouble for company.

At first glance, Leona Helmsley’s story sounds like the American Dream: born to immigrant parents, she worked her way up to become vice-president of one of New York’s most prestigious real estate firms. Already a millionaire and three-time divorcee, she advanced further in her career when she met Harry Helmsley, a real estate entrepreneur who made her a senior vice president at one of his own brokerage firms. After Leona and Harry married in 1972, she spent most of her time reigning over Harry’s hotel properties. By all accounts, she demanded perfection and luxury for her guests, but was a ruthless and exacting employer who would fire anyone who did not live up to her standards. Her tendency to use offensive language and insults earned her the nickname “The Queen of Mean.”

Of course, Helmsley’s ruthlessness often spilled over into her personal life as well. Leona was not close to her only son, Jay, and his family. In fact, when Jay passed away in 1982, he and his family were living in a home that Helmsley owned. Soon after the funeral, Helmsley served her daughter-in-law an eviction notice.

By this time, Helmsley and her husband were billionaires who owned, among other properties, a multi-million-dollar mansion in Greenwich, Connecticut. So when it was discovered that the Helmsley’s had illegally claimed an $8 million dollar remodel on their private residence as a business expense, they were charged with tax evasion, filing false personal tax returns, assisting in the filing of false corporate and partnership tax returns, mail fraud, and conspiracy to defraud the United States. With Harry’s health in decline, Helmsley alone was found guilty and sentenced to 16 years in prison. She began her prison sentence in 1992, but was released just 19 months later – an incredibly light sentence given the severity of her crimes.

Harry Helmsley died in 1997, leaving Leona an estate worth well over $5 billion dollars. She was now the sole owner of all of his hotels and properties, including the Empire State Building. But it couldn’t last, mostly due to the fact that under New York law, felons are not allowed to hold liquor licenses. This would have prevented any of her hotels from having a bar inside them. With her husband gone and alienated from most of her friends and all of her other family members, Helmsley reportedly lived her last few years alone with her pet dog, Trouble.

So perhaps setting up a trust fund for her dog makes a strange kind of sense after all – especially in light of her other bequests. In her will, Helmsley left her personal estate, valued at more than $4 billion, to a charitable trust, and most of her inheritance from Harry to dog charities. Two of Helmsley’s four grandchildren were also given a $5 million trust – as long as they provided proof each year that they had visited their father’s gravesite at least once. The other two grandchildren were initially disinherited entirely, for reasons unknown. When the will was challenged in court, a judge took $6 million from Trouble’s trust fund and gave it to the two grandchildren not named in the will. Helmsley’s brother Alvin, one of five executors named in her will, was also given an inheritance and charged with caring for Trouble after her death. But Alvin refused to look after the dog, despite gladly accepting his sister’s money.

Most recently, in August of this year (nearly 12 years after her death), a judge awarded Helmsley’s four living executors $100 million in fees (Alvin passed away in 2012). The case had been working its way slowly through the courts since 2016, partly due to the huge amount sought by these four men: two of Helmsley’s grandchildren, one of her lawyers, and a friend and business advisor. Each one is now slated to receive $25 million apiece – not bad for 12 years spent managing Helmsley’s estate.

Sadly, Trouble passed away in 2011 at the age of 12. The remainder of his fortune has since been donated to charity.