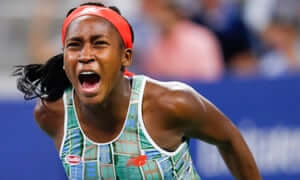 Every child star who makes it big in sports must also face one of the least talked-about challenges there is – the complex rules of international taxation. The world watched in awe this year as Cori “Coco” Gauff, a 15-year-old tennis prodigy, faced down some of the biggest names in women’s tennis – and won. Her Wimbledon winnings, combined with a set of lucrative endorsement deals for brands including New Balance and Barilla, will help the young tennis star earn an income of well over $1,000,000 in 2019 alone. But even though Gauff is a U.S. citizen, the fact that a large portion of her income was earned in the United Kingdom means that she will likely have to pay an international tax bill as big as her current celebrity status. 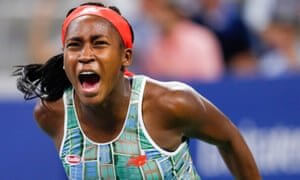 As every international sports celebrity has learned, taxation rules vary from nation to nation. In the UK, Her Majesty’s Revenue and Customs (HMRC) makes and enforces those rules, just as the Internal Revenue Service (IRS) does in the United States. The UK’s tax minimum rate is 45%, just a bit higher than the 37% required by the US. But the bigger difference between the two countries is that in the UK, it takes far less income to hit the highest tax brackets. For example, because all income over £150,000 (about $189,600 US) is taxed at 45% in the UK, Gauff’s tournament winnings will be taxed at an overall effective rate of 36.52%. If she had earned that money in the US, her rate would be significantly lower, at 23.9%.

But unfortunately for Guaff, income tax will not be the only taxes she will owe this year, thanks to her endorsement deals. The UK and the US are the only two countries in the world who tax the endorsement income of foreigners. In the UK, those taxes are calculated by using a ratio of the days a player has spent in the UK during the year to days spent practicing and playing tennis elsewhere. Because Gauff spent about two weeks in the UK preparing for and participating in Wimbledon, the HMRC will allocate a percentage of those practice and play days to her UK income, likely around 5%. Because this income is in addition to her winnings, all of it will be taxed at the UK’s highest tax rate of 45%.

The way that endorsements typically work, players can also earn incentive bonuses for advancing in major tournaments like Wimbledon, as well as annual ranking bonuses. If, for example, Gauff is offered a performance bonus of $10,000 for her performance at Wimbledon, the entire amount would be taxed in the UK at the 45% rate, as would any other bonuses she receives. Although Wimbledon does withhold 20% of a player’s winnings, that amount will likely be nowhere near enough to cover all of the taxes she will owe. If her tax advisors aren’t careful, Guaff could end up owing an additional $50,000 or more in UK taxes for 2019 alone.

What does all of this mean for her US income tax return? The foreign tax credit on her US return will help her to recover some of the taxes paid to the UK in 2019. Some, but not all. Because of the large dollar amounts of her winnings and endorsements, she will likely be able to take a portion of the credit this year and then carry forward the rest to future years. She will still need to pay taxes on any income earned in the US, of course, all of which will be subject to the income tax laws that govern the earned and unearned income of minors.

Consider, for example, if Gauff were to take a portion of her earnings and invest it. The interest and dividends earned on that investment qualify as passive income in the US, which may be taxable under certain circumstances. Generally speaking, the taxable portion of a child’s passive income is calculated by deducting their standard deduction from their net unearned (passive) income. If that income exceeds $2,100, which is the current unearned income threshold for minors in the US, that amount is subject to what known as the Kiddie Tax. In the US, the brackets for this tax are the same as those used for trusts and estates, with tax rates from 10% to as high as 37%. More specifically, if Gauff has passive income over $12,500 in a single year, she may end up being taxed on that income at the highest rate.

The stories of child sports stars like Coco Gauff highlight the importance of getting expert financial planning. But you don’t need to play professional sports to benefit from quality tax and estate planning services.