Gloria Vanderbilt, railroad heiress and fashion icon of her own right, passed away last week at the age of 95. Though her Will has not been made public yet, the question of who will inherit her estate, which is estimated to be about $200 million, has been drawing national attention long before her death—and for good reason.

For starters, it is unlikely her three sons, one of whom is CNN journalist Anderson Cooper, will inherit a penny. Yes, that is right: her sons may be disinherited. But this would not have been her first rodeo in disinheritance.

Perhaps a brief history of her life may provide clarity as to her staunch decision to disinherit her own blood.

Born into the affluent Vanderbilt family, one would like to think she had been given every social and financial advantage. However, life had a different path for the designer jeans pioneer. Before the age of 2, she became an heiress to her father’s estate; by the age 10, she was the subject of a high-profile custody battle between her mother and her paternal aunt, who successfully claimed that Vanderbilt’s mother was an unfit parent and sought to gain control over her niece’s trust fund. By 17, she had married for the first time, much to the chagrin of her aunt, who disinherited her from her own estate. (In spite of this, Vanderbilt was still entitled to receive her own trust fund inheritance at 21.)  Married and divorced three times thereafter, she witnessed one of her sons commit suicide.

Nonetheless, Vanderbilt went on to make a name for herself in her own right. She established herself as painter, writer, and fashion designer, making more than she had inherited from her family trust. 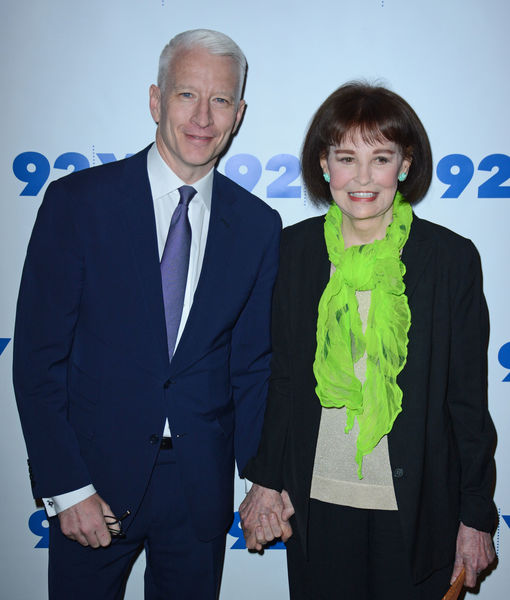 She credited her own success to her upbringing. Though having been the subject of sensational headlines as a child, Vanderbilt said in 2016, “I didn’t see any of the press—the newspapers were kept from me. I didn’t know what it meant. I didn’t feel poor and I didn’t feel rich. It really did influence me enormously to make something of my life when I realized what it meant.” More than twenty years prior, this notion was reiterated in a New York Times article when speaking of the feeling of earning her own success: “I’m not knocking inherited money, but the money I’ve made has a reality to me that inherited money doesn’t have. As the Billie Holiday song goes, ‘Mama may have and Papa may have, but God bless the child that’s got his own.”

And it does not seem that the apple fell far from the tree. Her famous news journalist son is known to be of the same mind, having posited that, “I don’t believe in inheriting money…From the time I was growing up, if I felt like there was some pot of gold waiting for me, I don’t know if I would have been so motivated.”

Clearly mother and son viewed wealth as a barrier to hard work. But this still begs the question of who is to inherit Vanderbilt’s estate.

Given her beliefs about hard work and inheritance, we can only assume that it will go to charity. To which charity? No one knows for sure, as the heiress was not known for her passionate support of any particular cause. And if she correctly disinherited her sons (by specifically stating her wishes in her testamentary documents), this is not to say they may not receive an “inheritance” indirectly as heads of any of the charitable organizations to whom her money may go.