Delinquent Tax Debts May Put Your Passport at Risk 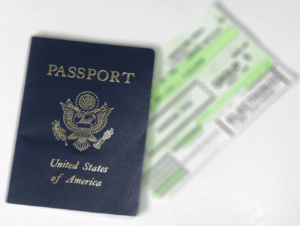 On February 27, 2019, the IRS issued a newswire reminding taxpayers with a seriously delinquent tax debt that they may not be able to renew their passports. This news is of particular importance to U.S. citizens with travel plans, citizens living abroad and dual citizens who travel regularly. The threat of passport renewal denial or even passport revocation is a great tool for the IRS to enforce tax compliance.

The IRS has a hard time collecting taxes and enforcing tax laws when taxpayers are citizens living or investing abroad. As a result, the IRS has engaged in serious efforts to bring taxpayers into compliance. Some examples of these efforts are the implementation of the Foreign Bank and Financial Account (FBAR) reporting requirements, the Offshore Voluntary Disclosure Program (OVDP)—now over—and the enactment of the Foreign Account Tax Compliance Act. Going along these lines, Congress passed the Fixing America’s Surface Transportation (FAST) Act in 2015, giving the IRS authority to establish a Passport Certification program codified as section 7345 of the Internal Revenue Code. Under this program, the State Department is required to deny, revoke, or limit an individual’s passport if the IRS has certified that the individual has a seriously delinquent tax debt. Implementation of this program began in January 2018.

Generally, a seriously delinquent tax debt is an unpaid, assessed, legally enforceable tax liability that exceeds $52,000—so long as a notice of federal tax lien has been filed or a levy has been made. This notice will explain what steps a taxpayer needs to take to resolve the issue.

However, there are some exceptions to exclude certain tax debts from becoming a seriously delinquent tax debt. These exceptions include current installment agreements, offers in compromise, and cases for which a collection due process hearing was timely requested. In addition, the IRS has created certification exclusions for taxpayers in currently not-collectible hardship status, those with pending installment agreements and offers in compromise, and victims of tax-related identity theft.

As it may be evident, the IRS’s authority to revoke or deny passports provides the IRS with great enforcement power over individuals who are delinquent in their tax debts. Thus, taxpayers in these situations should make sure their current address is up-to-date with the IRS to receive timely notices. Additionally, they should take immediate steps to address outstanding tax liabilities by either paying their tax debt or applying for an installment agreement, an offer-in-compromise, etc. If not, their ability to travel to and from the United States will be severely affected.