Even the President Needs a Great Estate Plan

In honor of Presidents’ Day, it seemed most fitting to feature two of our most famous presidents and their estate plans (or lack thereof): George Washington and Abraham Lincoln.

Our nation’s first president, George Washington, died on December 14, 1799. Less than six months prior, on July 9, he wrote his own Last Will and Testament (twice!), putting his name on almost all fifteen sheets of each document. While this remains good practice today, a written will—called a holographic will, or as us estate planning attorneys like to call a “DIY will”—is not. Holographic wills are not valid in many jurisdictions, including Florida. (So, don’t get any ideas!)

Without even consulting “professional character,” as he wrote, Washington, not even an attorney himself, left his entire estate in trust to his “dearly beloved wife, Martha” for her lifetime. (She survived him less than three years.) Upon her death, the estate was to be sold and distributed among various individuals and charitable causes, particularly those promoting education. Among his philanthropic bequests were 50 shares to the Potomac Company—for the endowment of a university in the District of Colombia, although it never materialized; 100 shares to the James River Company—for the use and benefit of Liberty Hall Academy, which later came to be known as Washington and Lee University; and, the care, education and financial assistance of his enslaved workers.

On his deathbed, Washington had Martha safeguard one version of the will and throw the other in the fire.

The remaining will was presented for probate to the Fairfax County Court, in whose custody it remains, on January 10, 1800—twenty-seven days after his death. (Currently, Florida law requires that the Last Will and Testament of the deceased be submitted to the probate court within 10 days of learning of the death.) Nonetheless, the probate lasted for some time—47 years to be precise. Although an appraisal of Washington’s estate was completed within that year, the report was not filed with the court until 1810. It would be another 37 years before his executors completely settled his estate.

Unlike the Father of Our Country, Abraham Lincoln, our 16th president, was in fact a lawyer; but his estate plan was much simpler—it did not even exist! In fact, Honest Abe is one of the most notable examples of dying intestate (or, in other words, dying without a will). 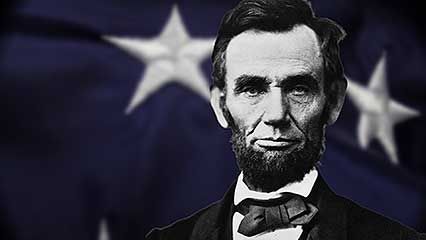 According to a series of bulletins issued from the Abraham Lincoln Association, a telegram was sent to Supreme Court Justice David Davis on April 15, 1865—the day that Lincoln died. Justice Davis, a close friend of Lincoln, immediately went to Washington to assist with his friend’s final affairs. At the request of Lincoln’s family, the judge of the Sangamon County Court in Illinois appointed Justice Davis as the administrator of his estate.

In his initial filing to the court, Justice Davis reported that Lincoln’s estate was believed to be worth $85,000. (When adjusted for inflation, this

would amount to a few million dollars today; however, an exact amount is hard to calculate given that the Consumer Price Index only dates back to 1913. Nonetheless, this is still a substantial amount of money to pass intestate.) Ultimately, the estate was settled within three years—as opposed to Washington’s 47 years—with a final accounting of $110,296.80 less unpaid debts of a mere $38.31. And although administrators are entitled to reasonable compensation for services and expenses, Justice Davis refused to accept payment, which would have likely amounted to $6,600.

So, what is the takeaway? Elect to have a great estate plan! It may not take 47 years to probate your DIY will, but don’t also follow in the footsteps of Honest-but-Intestate Abe (and the 60% of Americans who die without a will.)