Sofia Vergara is Now Being SUED on Behalf of Her Own EMBRYOS!

It is safe to say the Embryo Lawsuit Between Sofia Vergara, Nick Loeb, & Now a Third-Party Trust has Gotten Out Of Hand…

Although I have been following this case for some time, I wasn’t going to write about it here because the estate planning implications were a little tenuous… until now! Oh my, how quickly things change!

Since this lawsuit started, it was ugly.  Then, Sofia Vergara and Nick Loeb moved well past ugly in their courtroom battle that is really a case about contract validity and interpretation but seemingly also addresses views about the right to potential life itself. Vergara and Loeb’s disagreement teaches an important lesson for anyone considering In Vitro Fertilization or other means of assisted reproductive technology – but there’s a greater lesson that most attorneys are already aware of:  when the courtroom is the backdrop for love turned to hate (and in addition a sensitive and politicized topic) things can rapidly spiral out of control – and they totally HAVE.

But first, some background…

In happier times (circa 2013), Vergara and Loeb were still in love and tried to use In Vitro Fertilization (IVF) to conceive a child.  Their first efforts failed when two prior embryos did not successfully implant.  Vergara and Loeb tried a second time, again leading to the creation of two viable embryos, but before the new embryos could be implanted, the couple called off their engagement.

At the start of the IVF process, Vergara and Loeb both signed a form directive from the medical facility.  This form included an agreement to “declare our intentions and desires” with different options for what would happen to the embryos if not implanted. The couple chose to allow the embryos to thaw if one or both of them passed away.  By thawing, the directive indicates, the embryos would be destroyed.  The directive said that unless both parents mutually agreed to use the embryos, either for implantation or otherwise, they would remain frozen.  They can only be destroyed if both Vergara and Loeb agree, or when one of them dies. 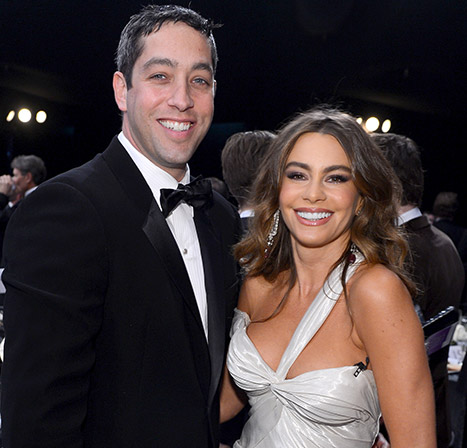 The ex-couple in happier times.

As a “directive” the document serves a similar purpose to a living will, advance directive, or other end-of-life document that many people incorporate as part of thorough estate planning when addressing the difficult decisions about when to refuse life-sustaining treatment when there is no quality of life.  Just like end-of-life planning documents, no one should ever sign a directive like this unless he or she is comfortable with the implications. Couples should carefully think it through ahead of time – no one wants to make a decision based on a rushed and awkward conversation in a medical office when a form directive is placed down on the table.  If there any questions or when couples cannot agree what should happen, they should immediately seek the advice of an attorney.

Of course, after the breakup the former couple is not able to agree to anything regarding the embryos and Loeb filed the lawsuit in 2015. Sofia Vergara’s position is that she is content to allow the embryos to remain frozen, and she has no desire for a child with Nick Loeb.   Loeb contends that he is strongly pro-life and says he is fighting for the embryos’ right to be born.  Vergara is calling total BS and saying this is all for revenge and publicity!

The Vergara legal team filed a motion asking for the judge to dismiss the case because the directive form containing the agreement about what would happen to the embryos if not implanted is clear.  Loeb argues that the agreement should not be binding, in part because he contends that he only signed it because Vergara pressured and “bullied” him into doing so.  He claims that the reason that he signed it was because Vergara “began vigorously berating him” at the medical office, which was common in their relationship.  Loeb alleges Vergara was physically, emotionally, and mentally abusive towards him, and he only signed the directive to “avoid further abuse.”  Loeb even gave details, contending that Sofia Vergara had, at times, punched him in the face, kicked him, bullied him, and called him names such as “loser” and “worthless.”

Vergara denies those accusations and says she took the matter very seriously when she signed the agreement.  It is troubling that  Loeb – the wealthy descendant of the Loeb and Lehman families, who both founded successful financial firms – would turn to these types of accusations to try to convince a court that he was coerced into signing the directive.  For the record, Vergara is five feet seven inches tall, and weighs about 120lbs while Loeb is six foot four!!

Judge Rules Prior Abortions are Relevant…

The dispute took an interesting turn late last year when Vergara’s lawyers demanded to know the identity of two women whom Loeb admitted had abortions after they each conceived a child with him.  Since these abortions happened approximately twenty years ago Loeb believes this should have nothing to do with the current lawsuit because he developed his pro-life beliefs after that time in his life.  Vergara’s lawyers want to depose the two women to expose what they contend is Loeb’s insincere beliefs.    Obviously that may be the legal justification but Vergara’s attorneys have pushed for these depositions at least in part to put pressure on Loeb… now, how is that for bullying!?  The California judge ruled that Vergara’s lawyers COULD depose the two women who allegedly had the abortions with Loeb’s approval and consent and Loeb had to reveal their identities or be subject to contempt.

Loeb’s legal team filed an emergency appeal of the ruling, but the appeal was denied. Loeb made a statement declaring that that he will go to jail rather than disclose the names of the two women, whom he believes have a right to remain private and not be dragged into this public fight.  This was scheduled to proceed to a very messy trial in January when Loeb dropped the case shortly thereafter. But Vergara’s victory celebration was short lived folks! 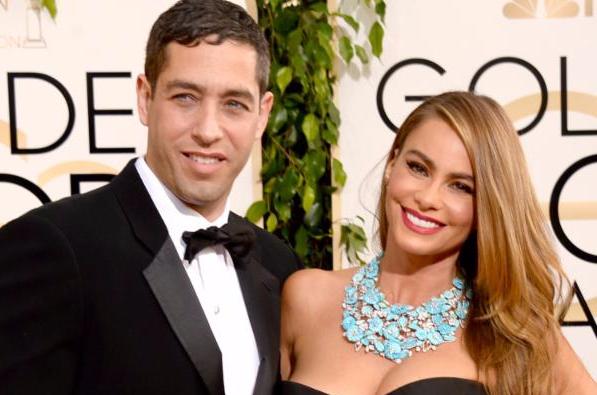 The ex-couple at the 2014 Golden Globes.

This case now has taken a bizarre twist that involves a third party trust suing Vergara on behalf of the unborn embryos themselves!  I swear… I can’t make this stuff up!

A party, not directly related to either of them (that we know of, but I wouldn’t rule out Loeb’s involvement), has now filed a lawsuit in Louisiana to have the embryos implanted in a surrogate and brought to term.  The Lawsuit purports to be brought by the embryos themselves.

The petition, filed in Jefferson Parish Louisiana lists three plaintiffs: two embryos, one named Isabella and one named Emma (yes, they were given names), and Mr. James Charbonnet, a New Orleans resident with no clear ties to Vergara or Loeb.    The new lawsuit argues that the embryos are being deprived of their inheritance from a trust by not being born because the trust was created to provide for their (the embryos’) health, education, maintenance, and support.  The Louisiana case doesn’t name Loeb himself but asks that the embryos be transferred to Loeb so that they can be born and “receive their inheritance.”

I hate to leave you all in suspense, but tune in next month for the rest of this story…this is going to get dicey!