Legal Issues Worth Pondering Before Ride-Sharing 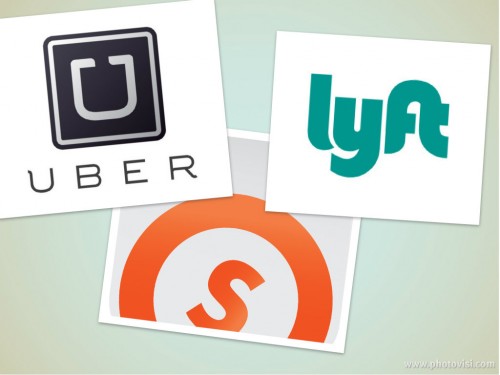 Ride-sharing pioneers Uber and Lyft are proving to be very successful in markets around the country and the globe. Uber operates in 250 cities in 50 countries, and Lyft is in 70 cities across the United States. The draw of these companies is the ease with which customers can hail and pay for a ride, as opposed to traditional taxis.

How Does Ride-Sharing Work?

Both services use smartphone-based applications to enable customers to request a ride, pay for it, and rate the driver. Their apps even ensure that a driver rated poorly by a customer will not be dispatched to a request from that customer again. The ride-sharing services, however, have hit a few bumps in the road that give potential customers reason to pause.

Both Uber and Lyft have come under criticism for a perceived failure to screen drivers adequately. There have been various incidents in which it was alleged that Uber drivers sexually assaulted passengers. In California, prosecutors sued both Uber and Lyft in 2014, alleging that they misrepresented the quality of their background checks. Both companies engage their drivers as independent contractors rather than employees.

Uber purports to run federal, multi-state, and county criminal background checks on potential drivers, but it does not use fingerprints to establish identification. Instead, it uses other identifying information such as Social Security numbers–methods that some argue do not definitively connect the person to the criminal background information. Regulated taxi services in the jurisdiction where the California suit was filed, on the other hand, use fingerprints to identify those being checked in the databases.

Liability and insurance are also issues for customers to consider. In Austin, Texas, 92% of drivers said they had not notified their insurance carriers that they were using their cars for commercial purposes.

Personal automobile insurance policies usually do not cover cars when used in commercial endeavors. Both Uber and Lyft state that they provide coverage when drivers’ vehicles are in ride-sharing mode. The limits of the coverage, however, may or may not be sufficient to cover personal injury damages fully, should an accident occur. In addition, the policies likely exclude coverage for egregious acts of negligence or criminal acts by drivers.

Given the popularity of these up-and-coming services, it looks like ride-sharing is here to stay. Questions about the companies’ driver selection standards and the quick rate at which they are expanding should give consumers some cause for concern about safety and liability. It might be wise to first use the service in safer situations, such as during daylight hours and short trips in familiar areas.