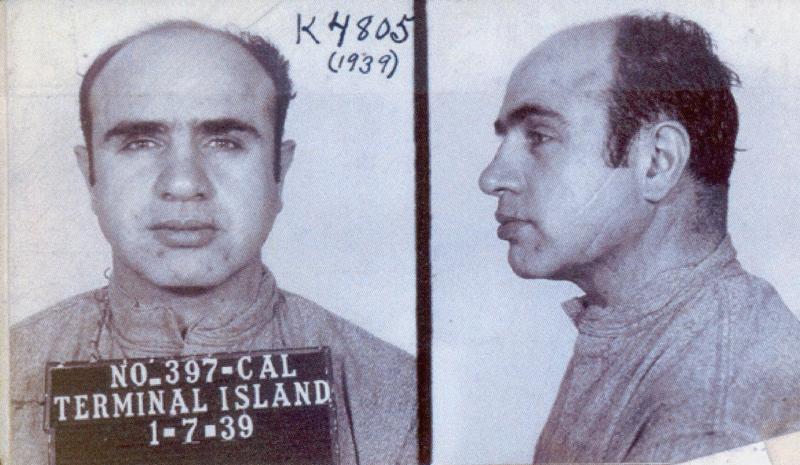 Al Capone, head of the most profitable crime syndicate of the Prohibition Era and mastermind of the notorious 1929 “Valentine’s Day Massacre,” seemed above the law.  In the end, however, Capone would be brought to justice not for murder, extortion, or bootlegging, but for failing to pay taxes! Al Capone once complained about the bad reputation of his criminal enterprise: “Some call it bootlegging.  Some call it racketeering.  I call it a business.”  The lesson of The People vs. Al Capone is that a profitable businessman, no matter how he earns his income, does have to pay his taxes.

It is estimated that Capone in 1929 was worth about $30 million, but no income tax return had ever been filed in his name.  President Hoover instructed Secretary of the Treasury to go after Capone.  Capone made their task difficult by not maintaining a bank account and never signing any checks or receipts.    An extravagant life style could be evidence of substantial unreported income, so investigators examined department store, jewelry store, car dealership, and hotel records for evidence of Capone’s expenditures.  They uncovered purchases of high-end furniture, custom-made shirts, diamond-studded belt buckles, gold-plated dinner service, hotel suites, and a Lincoln limousine.  They tracked down evidence that he paid thousands to host a luxurious party on the night of the Dempsey-Tunney heavyweight fight.   Such unusual extravagance does not in itself prove taxable income, but they were hoping a juror could draw such an inference.

While successful in tracking down evidence of expenses, investigators encountered considerable difficulty in finding direct evidence of income. Potential witnesses, when subpoenaed, rarely cooperated. To convict Capone would require help from inside Capone’s illicit operation, but–for reasons all too obvious–few on the inside wanted to step forward to help the government make its case.  One who did was Eddie O’Hare, owner of the patent for the mechanical rabbit used in greyhound racing.  Mr. O’Hare ran dog racing tracks for the Capone syndicate in the Chicago area, as well as in Florida and Massachusetts. (Years later, just days before Capone’s release from prison, O’Hare would pay the ultimate price for the leads he provided the government over the course of their two-year investigation.  While driving on a Chicago street, he was gunned down by two men in a passing car.   In 1949, Chicago’s new international airport was named in O’Hare’s memory.)

The first big break in the investigation came in the summer of 1930 when Treasury Investigators stumbled across three bound ledgers seized in a 1926 raid of one of Capone’s establishments.  The ledger was divided into columns with labels such as “Craps,” “21,” and “Roulette.”  Every few pages totals were entered and then divided into smaller amounts among “Town,” “Ralph,” “Pete,” and “A.” With the ledger also including a few references to “Al” it wasn’t much of a leap to conclude that the ledger recorded the monthly income from a gambling hall that went to Capone and his associates.

In April 1930, Capone’s tax attorney, Lawrence Mattingly, contacted Treasury and expressed the desire to have his client meet with agents to settle his indebtedness with the government.  On September 30, Mattingly met with Treasury Investigators to discuss Capone’s tax liability.  He gave them a letter stating, “This is the best we can do. Mr. Capone is willing to pay the tax on these figures.”  The so-called “Mattingly letter” conceded taxable income for the six disputed years ranging from $26,000 in 1924 to $100,000 in 1928 and 1929.  Treasury Investigators filed the letter away.  A year later, the letter became the trial’s most contentious piece of evidence.

The Trial of Alphonse Capone opened on the morning of October 5, 1931 at the federal courthouse in downtown Chicago.  The 23 charges of tax evasion against Capone were outlined in the government’s opening statement and the prosecution presented evidence that Capone owned gambling halls and derived substantial profits from those businesses. 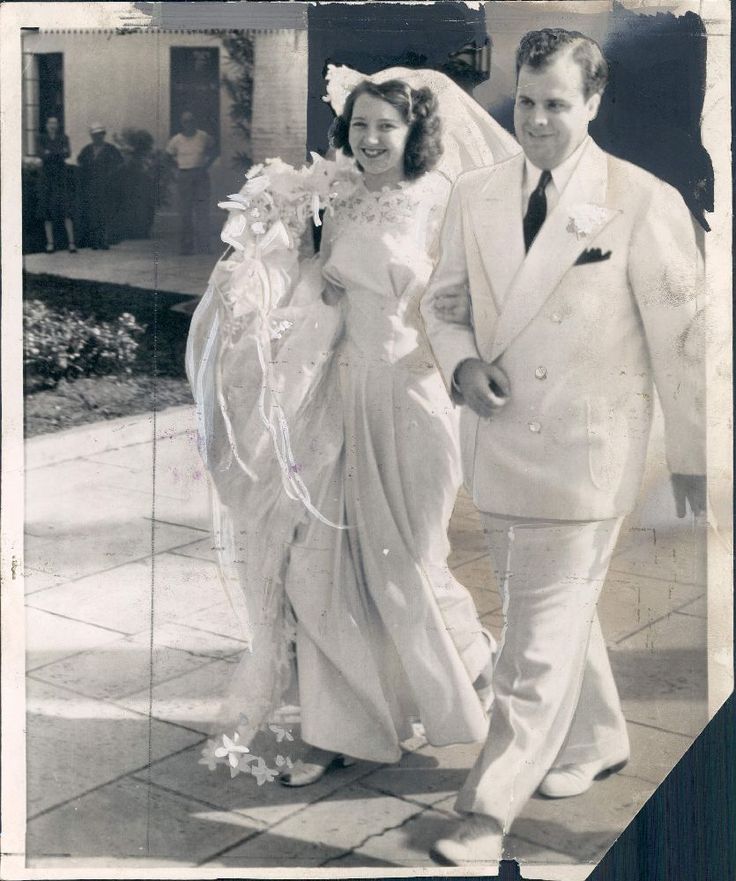 On October 8, the courtroom erupted in heated debate when the prosecution sought to introduce the letter of Capone’s tax lawyer which expressed his willingness to settle his client’s tax liability for the years 1924 to 1929.  Capone’s Defense Attorney insisted that “A lawyer cannot confess for his client.”  Surely, Capone never meant to give Mattingly the “authority to make statements that may get him into the penitentiary.”  The controversy developed with the Treasury Investigators on the stand; describing the events in his office the previous fall when Mattingly first tossed the letter in his direction with the statement, “This is the best we can do. Mr. Capone is willing to pay the tax on these figures.”  After argument on the letter’s admissibility with the jury excused, Judge Wilkerson announced his decision: the letter would be admitted to show that the statement was made, but the contents of the letter could not be considered by the jury as proof of the statements made.

The defense presented its case in a single day.  Defense attorneys tried to present Capone as a horse-racing addict who lost as much money as his businesses earned during the years in question.  (Interestingly, gambling losses are only deductible against gambling winnings, so even if the defense testimony was accepted, it would hardly have absolved Capone from his duty to pay taxes on the income from his many businesses.)  A bookie testified that Capone lost “three or four hundred dollars” at a time betting on horses, and that he was a consistent loser.   Another bookie, estimated that Capone lost $60,000 betting with him in 1927.  After its parade of six bookies had ended, the defense rested its case, having shown that Capone might have lost $327,000 in six years of betting.

In his summation for the defense, Capone’s Attorney told the jury to stand against an oppressive government that was just using the tax law “as a means to stow Al Capone away.”  He described the government’s evidence against his client as “chaff” that “does not prove gross income.”  He urged the jury not convict Capone merely because he was “a bad man”: “He may be the worst man who ever lived, but there is not a scintilla of evidence that he willfully attempted to defraud the government out of income tax.”

On October 18, the jury left the courtroom to begin its deliberations and came back eight hours later with their verdict in hand – Guilty.  Six days later, Judge Wilkerson imposed a prison sentence of eleven years, the longest term ever handed down for tax evasion.
Appeals followed and failed.   Capone served time in federal penitentiaries in Atlanta and at Alcatraz. 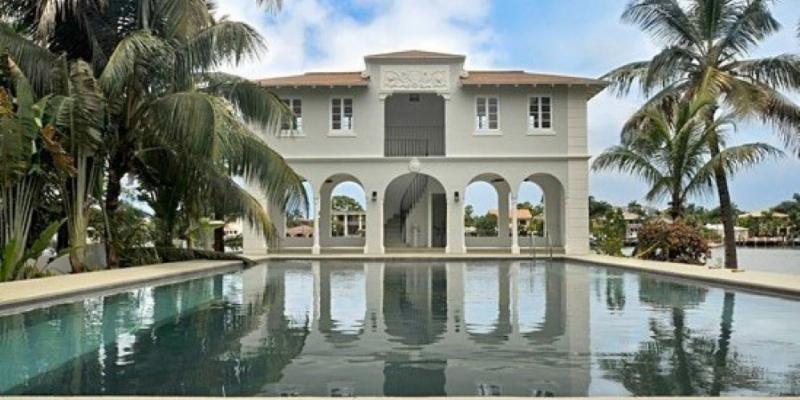 Ultimately, Capone was released from prison for the last time in 1939 due to his deteriorating health brought on by late-stage syphilis, and returned to his home on Palm Island to finish out his life.  Shortly before his death from stroke and pneumonia, both his physician and an attending psychiatrist estimated that syphilis had reduced Capone’s mental capacity to that of a 12-year-old child. He spent his final days “fishing on Biscayne Bay and issuing phantom orders to a fantasy gang that had long since vanished.”  On January 25, 1947, Capone died of a stroke in Palm Island, Florida… he was only 48 years old.

Lesson Learned:  No matter how you generate the income, call your CPA and pay your taxes!