Spain’s Duchess of Alba, 88, Died & Left NOTHING to Her “Boytoy” Husband! 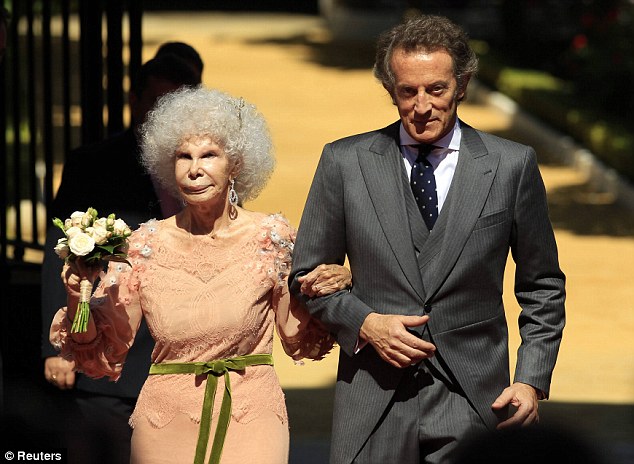 We Americans are not usually familiar with European Royalty nor do we keep up with their endless amounts of gossip but this story caught my eye and has made headlines all over the world. Worth an estimated £3 billion, the late Spanish Duchess was one of Europe’s wealthiest aristocrats and one of the most flamboyant billionaires anywhere! She was known for prancing around in a bikini even well into her 80s – no kidding, Google it!

The Duchess – who is a direct royal descent from King James II of England – was known as “Cayetana” and was the world’s most titled person. According to the Guinness Book of Records: she was 14 times a Spanish grandee, five times a duchess, once a countess-duchess, 18 times a marchioness, 18 times a countess and once a viscountess.

Her full name was Maria del Rosario Cayetana Alfonsa Victoria Eugenia Francisca Fitz James Stuart Silva.  She was a relative of Winston Churchill, and played with England’s future Queen Elizabeth while living in England as a child.

The Duchess has left her entire estate to her six children, with them each receiving a palace, as well as thousands of acres of land. Her eight grandchildren are also said to have inherited a substantial chunk of her estate.  Her Will, however, shows that while all six of her children will be looked after, her younger husband,  Alfonso Diez, will get nothing.  Diez is a mere civil servant who also happens to be 24 years her junior.

Details of her Will were published prior to her marriage to Diez three years ago after she announced she had divided her estate among her children.  BUT Will this move stand up in court? Normally in Spain, as in the United States, you cannot simply cut a spouse out of an estate. However, in this case, an agreement was made before the wedding that the Duchess’ new spouse would not receive any portion of her estate. 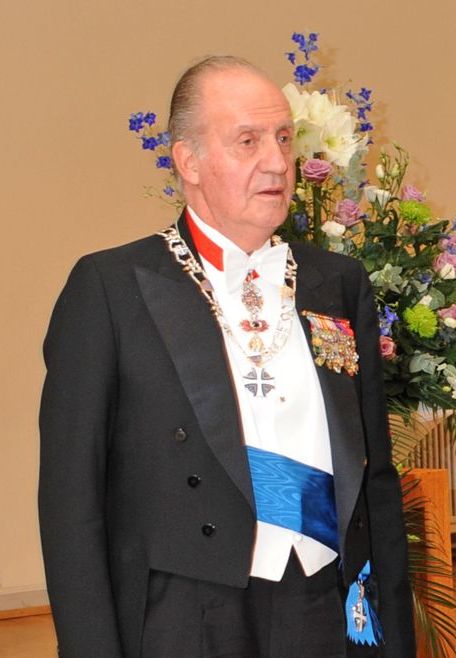 It was reported that there were strong objections to this marriage from her children and from King Juan Carlos himself,  so the agreement was made to appease her family.

Similar prenuptial arrangements can often be made in the United States. As long as the agreements are “fair and voluntary,” courts will generally uphold them as valid. In the absence of such an agreement, a spouse is always entitled to a portion of the estate in Florida – also knows as the elective share.

The 13th Duchess of Alba was a remarkable person; her fortune included ancient palaces throughout Spain, paintings by old and modern masters, including works by grand masters Goya, Rembrandt and Velazquez,  a first-edition copy of Cervantes‘s Don Quixote, and letters written by Christopher Columbus. Pretty cool indeed.  She was also a muse for artist Francisco Goya and is rumored to be the subject of ‘La Maja Desnuda’, his famous portrait of a reclining nude which hangs in Madrid’s Prado gallery.

With estates dotted across mainland Spain and on some of its islands, she was known for being able to crisscross the country without having to spend the night in a property that was not hers. She also had one of Spain’s most dazzling art collections. She became a fixture of the international jet-set in the 1950s; hosting Audrey Hepburn and Jackie Kennedy on their visits to Spain and turning her Madrid palace over to French designer Yves Saint Laurent to stage a Dior fashion show in 1959.

Quite a remarkable life.