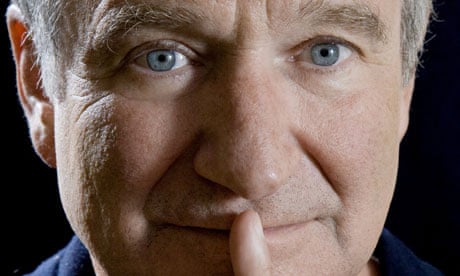 The death of beloved actor and comedian Robin Williams was a sad event for many, but those most struggling would be his children.  Williams had an estate plan that was created in a way that worked to protect them from a multitude of issues–including what has been coined “affluenza.”  This term refers to children of the very rich who become somewhat disconnected from reality due to their financial means.

There have been cases where a court of law has determined a young person doesn’t have to take responsibility for his or her own actions because extreme wealth left them without an understanding of consequences… crazy huh?

Robin Williams, a truly loving father by all accounts, worked to ensure that his children would not fall victim to affluenza when he and his estate planning lawyer developed his children’s trusts.  The trusts created during Robin Williams’ estate planning weren’t dependent upon his death, but it has certainly brought them into the public’s awareness.  Funds were already being dispersed to his children while he was still alive.  This is a method that parents can use to ensure their kids have an income while also being available to help them learn how to handle it.

According to reports, Williams three children have and will receive portions of his assets at ages 21 (1/3 of their share), 25 (half of the balance), and 30 (the remainder).  This approach allows for children to become adept with their money over time rather than having a large sum given to them all at once with no prior knowledge on how to handle it.  In Robin Williams’ case, he chose to have his children receive their money when they reached certain ages.  This is just one method for dispersing a trust.  A parent can tie the money to specific achievements–such as graduating college or becoming a parent themselves.

Estate planning lawyers are able to help outline the requirements of a trust to create terms that fit their family’s specific needs and desires. It is also worth noting that trusts can have some very valuable tax benefits when compared to leaving an inheritance via a will and/or the probate process.  With so many advantages to this type of arrangement, many parents are choosing this proactive approach with their estate planning lawyers.