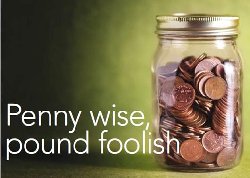 I have written before about the risks of do-it-yourself estate planning and explained how people who use these methods end up with a false sense of security. They create documents that they believe will address their needs but wind up being ineffective and much more costly for their family.

A recent case out of Florida illustrates the potential problems that can arise. It involves a Will written by Ms. Ann Aldrich, who wrote her final wishes on an “E-Z Legal Form” rather than seeking the assistance of an attorney.

The Will directed that the following listed possessions pass to her sister:

It directed that her brother, James Michael Aldrich, should inherit the listed property if her sister predeceased her.  The Will did not contain a residuary clause disposing assets not specifically addressed by the Will.

Several years after Ann signed her Will, her sister died, and named Ann as her beneficiary. Ann inherited some land and $122,000 in cash, which she deposited in a new investment account rather than in her existing bank account at M & S Bank; however, Ann never revised her Will to dispose of the property she inherited from her sister.

After Ann died, her brother, James, was appointed as personal representative of her estate and asked the probate court to determine who would inherit the property Ann acquired from her sister. He argued that he should inherit the property; however, Ann’s nieces, the children of a brother who had predeceased her, claimed an interest in it. They argued that the property Ann inherited from her sister should pass according to Florida’s intestacy statutes because they were not specifically addressed in the Will and the Will did not contain a residuary clause.

This resulted in her nieces inheriting part of her estate even though Ann had made no provisions for them in her Will and had apparently intended for all her worldly possessions to pass to her surviving brother.

Although do-it-yourself Wills are inexpensive, the ultimate cost of this E-Z Legal Form was far greater than any attorney would have charged to advise Ann and draft a Will customized to address her specific legal needs. Litigating and appealing the case all the way to the Florida Supreme Court likely cost tens of thousands of dollars in legal fees.

Attorneys don’t simply fill in forms. We use our years of schooling and experience to analyze your unique circumstances, explain the ramifications of your choices, advise you on the best way to accomplish your goals and objectives, and tailor your documents to address your unique estate planning needs. Document preparation services and canned forms do not.

What may have seemed to be a penny-wise solution was ultimately very pound-foolish.