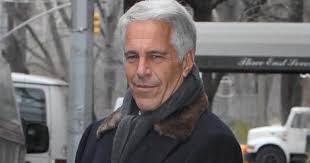 The battle over the Estate of Jeffrey Epstein promises to be as full of drama as it is of mystery.  With assets including opulent homes in New York, Paris, and New Mexico, a private island in the Caribbean and a private jet to his name, the battle to claim his assets is full steam ahead. 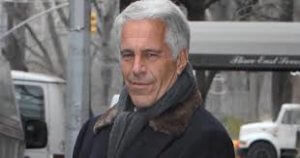 Although questions surrounding the former asset manager’s political connections and untimely death while in federal custody have been the focus of the headlines for the past few weeks, the battle for his estate promises to be just as newsworthy.  Epstein himself made sure of that by writing a Will just two-days before committing suicide, placing his assets in Trust.

Lawyers seeking compensation for victims of Epstein’s alleged sex crimes are already vowing to go after the estate.  Following Jeffrey Epstein’s death, attorneys representing several of Epstein’s alleged victims called on the administrators of the  estate to “freeze all his assets and hold them for his victims who are filing civil cases.”  These cases have taken on a  new sense of urgency now that the criminal case has ended along with any chance of the government seizing his assets under any criminal-asset-forfeiture statute.  Another option alleged victims might have is to bring a “fraudulent transfer action,” also known as a voidable transactions act, which would unwind any transfers into the Trust and allow the assets to be reachable. This is a legal process could drag out for years.

The pursuit of Epstein’s assets is further complicated by the fact that Epstein had significant assets in multiple states across different jurisdictions, and there might not be a complete record of all of his holdings.  During the initial federal case against Epstein in 2008, a full asset search revealed that much of Epstein’s assets were split among multiple corporations, entities, trusts and offshore accounts.  As such, Epstein’s alleged victims will face an uphill legal battle for many years to come before they ever see a penny.  Wealthy people with good attorneys and good financial planners tend to shelter their assets in ways that insulate them from lawsuits.   So, while theses alleged victims may get a judgment, collecting it is another story.

And let’s not forget the descendants that are sure to come out of the woodworks now that the heat is on.   As the Miami Herald reports, the firm Morse Genealogical Services, LLC, has launched epsteinheirs.com in an attempt to find the “unknown children of the late Jeffrey Epstein” who may have a claim against his estate.  The website says: “If you believe you may have given birth to a child fathered by the late JEFFERY EPSTEIN who recently committed suicide, or that he may have been your biological father, please contact us immediately, without delay!!”  Ari Morse, President of Morse Genealogical Services, LLC, said, “We have reason to believe that based on his [Epstein’s] behavior that there may be some unidentified children that are out there and as such, they would likely be entitled to claim against the estate.”