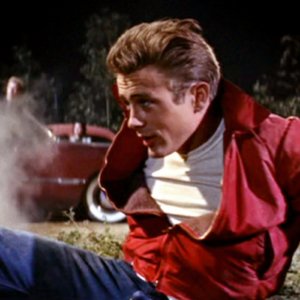 There are many good reasons to create an estate plan early in life. But not very many people do. Statistics show that most American adults – about 55% – don’t even have a signed Will, much less an estate plan; most of these folks are young. There are all kinds of reasons why people don’t do estate planning.  But dying young and without an estate plan can lead to unintended consequences, including enormous profits for people the deceased person never got along with in life.

Most of us know the tragic story of James Dean, an American actor who died in a horrific car accident in 1955 – when he was just 24 years old. His good looks and love for fast cars and racing made him a motion picture icon, despite having made only 3 films during his lifetime. That lasting appeal has created a decades-long legal tangle over who gets to profit off of Dean’s image and fame. And now, with the help of advanced technology, his estate has even found a way to bring him back from the dead to “star” in a new movie.

As is all too common in the young, Dean died without a Will. His estate, which was worth about $100,000 at the time (about $959,731.34 today) was passed to his heirs through intestate law. But since Dean’s mother had already passed away, the money went to Dean’s estranged father and not the aunt and uncle who actually raised Dean. It is hard to image that Dean would have wanted a distant father he didn’t get along well with in life to have total control of his money and legacy, but that is how it turned out.

After Dean’s death, his father and others continued to make money off of his fame and image. A foundation was quickly established in his name and sought control over all uses of Dean’s image. The estate has filed multiple lawsuits over the last 50 years to ensure that no one uses Dean’s image without paying for it first – including the film studio where Dean worked as an actor during his lifetime. And new projects are in the works to bring Dean back to the big screen. Most recently, Magic City Films plans to use Dean’s image to create a CGI version of him to star in their new Vietnam-era war film Finding Jack. According to the film’s producers, Dean was the only actor they felt was a perfect fit for the role.

Whether Dean would have wanted his image and legacy used this way is unknowable. But the reality is that people Dean wasn’t close to in life continue to use his legacy to enrich themselves decades after his death. His estate consistently tops the list of the highest-earning posthumous celebrities, reporting six-figure profits every year. As James Dean’s tragic death (and afterlife) shows, the only way to control your money and your legacy after you die is with an estate plan.